On Saturday, August 17, the Galloway varsity cross country team participated in a 2-mile time trial in preparation for the athletes’ first 5K meet. The team members invited the varsity cross country team from Clarkston High School to join them in the race. For the past three years the Galloway team has begun the season with the same dual meet. Galloway coach Denny Beatty has a long-time connection with the school; his father was both teacher and coach for 31 years at Clarkston.

The Saturday morning run at the Galloway Athletics Complex ended with Galloway students sharing a meal with their counterparts from Clarkston, who represent immigrants from six continents. The high school students soon discovered they share many commonalities - especially the hard work expected in their sports programs. 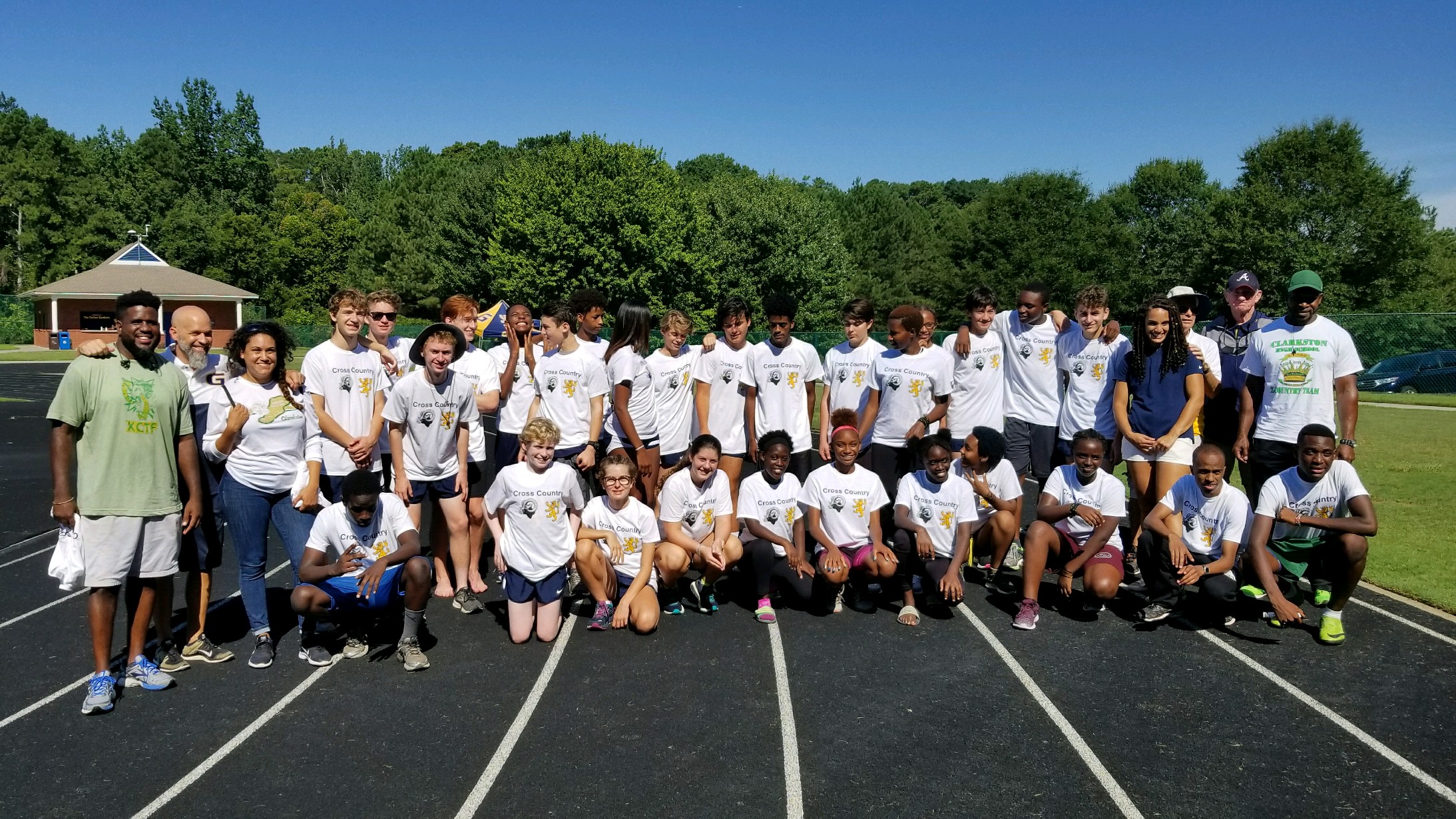 Many thanks to Early Learning parent Genie Beaver who owns West Drive Running Store; she donated forty pairs of running shoes, clothes, water bottles, and other athletic gear to the students from Clarkston!

What a fantastic way for our athletes to begin the school year with multiple lessons in sportsmanship and in recognizing the shared humanity among fellow athletes.