Orpheus S. L. Crutchfield is a lifelong San Francisco Bay Area native, known for advising hundreds of educational nonprofits locally, regionally and nationally. Orpheus’ experiences as a teacher, nonprofit administrator, trustee, parent of an independent school student, and as an entrepreneur give him a unique perspective on, and a deep understanding of, the needs of independent schools. He has appeared on CNN, NPR and the San Francisco Chronicle to speak on helping independent schools work towards equity and inclusion, diversifying their personnel, and recruiting/cultivating/mentoring diverse educators for success and leadership.

He is the President of StratéGenius, which works with 55-60 specially selected schools nationally that are taking leadership in diversity. He also consults and has presented internationally, including in South Africa, Cuba, Germany, India and Brazil. Mr. Crutchfield has been a regular speaker at the NAIS Annual Conference, the NAIS People of Color Conference and the California Association of Independent Schools, including cutting-edge topics including Board Diversity Committees, and provocative sessions on specifically why independent schools have trouble recruiting and retaining staff of color. His areas of expertise include recruiting a diverse pool, retention, cultivating underrepresented communities and candidates of color, community organizing and board development/diversity.

He also worked with the University of California, Berkeley’s world class College of Engineering helping them recruit and prepare young women and underrepresented minorities into computer science and engineering fields through the nonprofit middle and high school program Berkeley Foundation for Opportunities in Information Technology (BFOIT).

Orpheus, along with Dennis Bisgaard, Peal Kane and Warren Reid, founded the Kingswood-Oxford Leadership Institute for Educators of Color (CT), and is proud to assist the inaugural faculty of BOLD Summit Atlanta. 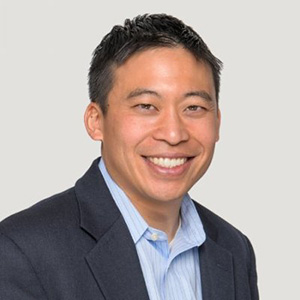 Gordon joined ThinqShift as a co-founder in May 2016 after a long career in management consulting. His passion for developing and coaching the next generation of adaptable leaders and seeing others achieve their potential, led him to ThinqShift.

He has over 12 years of management consulting experience, having previously worked for Clarkston Consulting and most recently, North Highland. While at North Highland, he served as a Vice President in the Atlanta market and as an account executive for Fortune-100 clients. He also served as the executive sponsor for recruiting and the North Highland MBA summer internship program in the Atlanta market. His career has spanned both strategic advisory and large scale program strategy and execution.

Gordon is currently on the board of trustees for The Stonehaven School, a classical Christian K-8 school in Marietta, GA. He is originally from San Jose, California and lived abroad in Taipei, Taiwan for five years during his childhood. He came to Atlanta in the fall of 1996 to attend college at Georgia Tech and played on the varsity tennis team during his time there. He has a bachelor's degree in Industrial Engineering and an MBA, both from Georgia Tech. Gordon and his wife, Christy, live in greater Atlanta with their two children, Joshua and Abigail. He is an avid sports fan and plays several sports recreationally, enjoys traveling and exploring the outdoors with his family, and is an active member of his church (Christ Church Presbyterian). 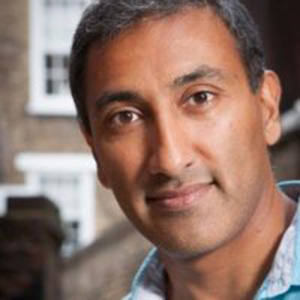 Vipul is a high energy inspirational leader, consultant and coach with over 15 years consulting experience across UK, Europe and US. He’s the founder of ThinqShift a Leadership Development & Coaching company building Adaptable Leaders for the Digital Era headquartered in Atlanta. ThinqShift is a “for purpose” company that is committed to the “third, third, third” rule, which means that our business is targeted a third for profit clients, third education, and third non-profit.

He was also a founding Director of London-based management consulting company, Qedis which grew to about 300 people over 10 years and was acquired by North Highland. He was then a member of Senior Leadership Team with global responsibilities in talent, knowledge management and growth initiatives. Vipul's areas of expertise are leadership development, organisational culture, operations, and technical architecture. Prior to 2003, Vipul started his career in a technology start-up, moved to Management Consulting at Andersen and then Deloitte.

His personal goals are simple. Watch Arsenal play football and to continue learning from 'fabulous' people each day. 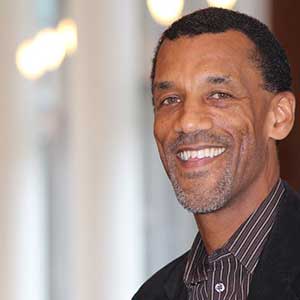 Atiba Mbiwan joined the staff of The Zeist Foundation, a family foundation based in Atlanta, in October 2006 to fortify their traditional grantmaking in the areas of Education, Arts & Culture and Health & Human Services. Atiba also supports the foundation’s “place-based philanthropy” in the Edgewood neighborhood of Atlanta, which began in 1994 with a foundation investment in a school-based pediatric clinic model and has since evolved into a multifaceted education, health and affordable housing initiative.

Prior to joining The Zeist Foundation, Atiba served as the Program Officer responsible for education grantmaking at the Arthur M. Blank Family Foundation from 2001-2005. In this capacity, he managed a portfolio of 125 education nonprofits based in Boston, New York City, Los Angeles, Phoenix, the South Carolina low country region and across the state of Georgia.

Before joining the philanthropic world, Atiba worked in the nonprofit field with a range of organizations that touched on youth development - serving homeless families across Georgia, supporting young social entrepreneurs in the southeast region and building quality after school programs around Atlanta. He was instrumental in creating and sustaining AmeriCorps Programs in Georgia throughout the 1990s and has been a consultant with the Corporation for National and Community Service.

For two decades, Atiba has served as Coach and Coordinator of the BRAG (Bike Ride Across Georgia) Dream Team and he currently serves on the board of Community Farmers Markets, KIPP Atlanta Collegiate, Oglethorpe University’s Center for Civic Engagement and the Penn Center on St. Helena Island, SC. During the 2014-15 school year, Atiba served as the Arts Funder representative on the Governor’s Arts Learning Task Force managed by the Georgia Council for the Arts.

Atiba is married to Tiffany Friesen and is a parent with three adult children (graduates of Spelman & Georgia Tech & Cornell University, University of Georgia, and Syracuse University) and two grandsons. He earned his B.A. in Economics & Urban Studies at Brown University (’82) and he spent a semester at the University of Lagos in Nigeria (Fall 1980). 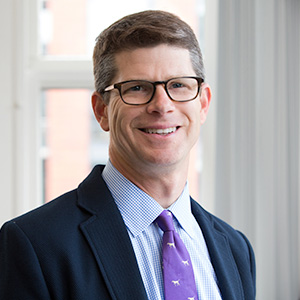 Devereaux McClatchy is the President of Carney, Sandoe & Associates, a firm that provides faculty placement services, leadership search services, and consulting services for independent and like-kind schools around the globe. In 2015-2016, CS&A placed more teachers in K-12 schools and facilitated more Head of School appointments than any other organization.

Devereaux McClatchy graduated from the Westminster Schools in Atlanta, GA; Duke University in Durham, NC with a B.A. in History; the University of Georgia School of Law in Athens, GA with a J.D.; Harvard Divinity School in Cambridge, MA with a M.T.S.; Additional studies at the Bread Loaf School of English (Middlebury, VT); Universidad Argentina de la Empresa (Buenos Aires). 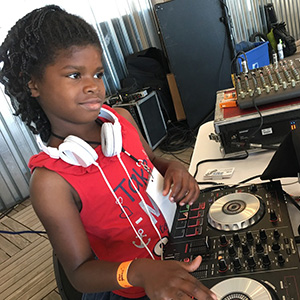 Soul Spin Youth is a youth-led music and event production team in Atlanta, GA. Membership is offered free-of-charge to elementary-school kids at select sites in Southwest Atlanta and College Park who meet multiple times each week, throughout the year. Kids in our "Youth DJ Crew" learn how to DJ, as well as take leadership roles in the group, ranging from event coordinator to graphic designer. They then use these skills to plan events around Atlanta in collaboration with our event partners. All of our events are, from start to finish, produced by our youth.

Through membership, our kids not only learn about music & studio arts, but gain practical, hands-on experience with business development, entrepreneurship, project management, accounting & finance, & marketing. They become fluent in teamwork, leadership, problem-solving, communication & self-management, empowering youth to be successful not just creatively, but in the classroom, at home, & in their future careers.

Soul Spin Youth is a division of Soul Spin, a music & event production group based in Atlanta, GA. 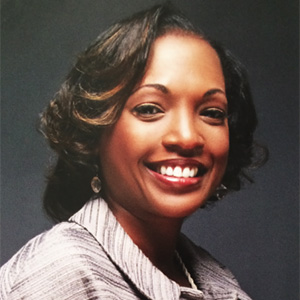 Debra is an experienced litigator having practiced law for 18 years at Alston & Bird, LLP, a leading national and international law firm. During her 18 years of practice, Debra successfully defended Fortune 500 companies in class actions, products liability and toxic tort litigation. In addition, she was active in a variety of firm activities, including the Hiring Committee; Associates’ Committee; Diversity Committee; Mentoring Subcommittee; and United Way Fundraising Committee. Debra was recognized as a Georgia Rising Star (top lawyers under the age of 40) for three consecutive years (2005 - 2007), and in 2011, she was the recipient of Women Looking Ahead News Magazine’s Law and Justice Award. In 2013, Debra left the practice of law and became a stay-at-home mom. She is the mother of two children, ages 15 and 8. Debra is currently serving on The Galloway School Board of Trustees (Chair-Elect) and joyfully volunteers in many other capacities at The Galloway School. 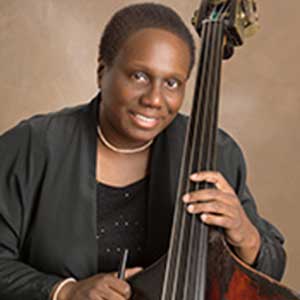 Torch Academy is a charitable non-profit that provides free formal music instruction to underserved children ages 7-12 in Metro Atlanta neighborhoods. In additional to receiving music instruction in a group setting, the children who participate also enjoy social empowerment opportunities that include concert outings and other social events.

Founded in 2012 by Dr. Jacqueline Pickett, Torch Academy represents a living model of the possibilities inherent in a well-structured, formal music education. Outcomes have demonstrated how this model can potentially re-shape, re-connect, and revitalize communities that embrace arts-based education as an important developmental endeavor. 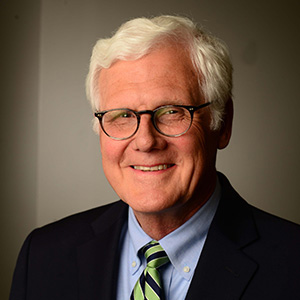 Kirk Walker was born and raised in Chattanooga, TN. He is a graduate of McCallie School ('69), was a Morehead Scholar at UNC (Chapel Hill), and completed his Masters and Doctorate degrees at Peabody College, Vanderbilt University. He has taught at the middle, high school, and college levels. He served as a supervisor of instruction (Ft. Campbell, KY) and as head of school of Bright School (Chattanooga, TN), Ensworth School (Nashville, TN), and McCallie School (Chattanooga, TN). Most recently he served as interim president of the Webb School of Knoxville. He has served as board chair of TAIS and SAIS, and was named SAIS President in 2015.