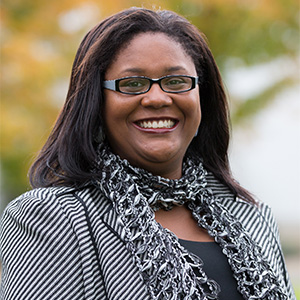 Ayanna Hill-Gill, affectionately known as Yanni, is the Head of School at Atlanta Girls' School. Prior to AGS, Yanni worked at Purnell School, a boarding school for girls in New Jersey, where she was the Head of School since 2007. Yanni holds a bachelor’s degree in Biology and Chemistry from Dickinson College and a master’s degree from Columbia University Teacher’s College with an emphasis on Private School Leadership. She has been a yearlong Klingenstein Fellow and an EE Ford Fellow for NAIS’ Aspiring Heads Program. Prior to her tenure at Purnell, Yanni worked at the Brooklyn Botanic Garden building their community outreach program and developing curriculum for children's educational programs. In 1992, Yanni lived in Costa Rica while studying sustainable development and conducting independent research in water quality. It was these two experiences that led Yanni to teaching, particularly science. As a graduate of an all girls’ school in Philadelphia, Yanni has committed her career to creating opportunities for girls and young women to discover their voices, achieve success and become leaders in the fields of their choice.

Yanni currently serves on the Board of the Heads Network and the National Coalition of Girls’ Schools. She serves locally as a member of the Advisory Board of the Global Village Project, an all girls’ school for refugees in Decatur, GA. Yanni has served as a Trustee on the Board of Rutgers Prep School in New Brunswick, NJ, Far Hills Country Day School in Far Hills, NJ, Link Community School in Newark, NJ, New Jersey Association of Independent Schools (NJAIS), The Association of Boarding Schools (TABS), and Willowwood Arboretum. 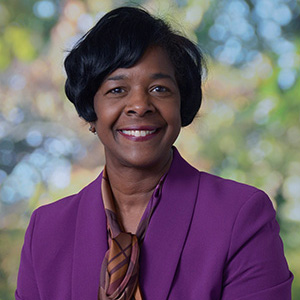 Ingrid Tucker is the Head of Cambridge Montessori School in Cambridge, Massachusetts. She began her tenure as Head of School at CMS on July 1, 2011. Ingrid is a passionate educator who has an extensive history in education. Prior to joining the Cambridge Montessori community, Ingrid served as President of Mother Caroline Academy and Education Center (MCAEC) in Dorchester, Massachusetts. Mother Caroline is a tuition-free middle school for low-income girls in inner city Boston and their families. She was the former Middle School Director and Assistant Head of School at Beaver Country Day School in Chestnut Hill, Massachusetts for seven years. Prior to joining the Beaver Community, she was Director of Admissions at the Atrium School for two years.

Her experience in Independent Schools began in 1993 at The Cambridge School of Weston where she served as Dean of Multicultural Affairs, taught history and worked as an Admissions Associate. Ingrid spent six years training new teachers for the Association of Independent Schools of New England (AISNE) at the Beginning Teachers Institute in Little Compton, Rhode Island. She also trained public and private school teachers on Assessment, Classroom Management, and School Culture for the New England School Development Council (NESDEC). Ingrid has worked with public schools in Boston, Easton, Belchertown and Westford, Massachusetts.

Ingrid served on the Board of Trustees at AISNE and the Montessori Schools of Massachusetts for seven years. She served as Treasurer for AISNE for two years. Ingrid is the Board Chair for Fellowship Christian Church in Boston, where she was ordained and serves as an Associate Pastor. Ingrid is a former member of the Board of Trustees at Chapel Hill Chauncy Hall School in Waltham and is currently on the Advisory Board. She is a past Advisory Committee Member for the Marynundo School in Rwanda. Ingrid is a former Board Member at Boston Evening and Day Academy where she chaired the Development Committee. BEDA (Boston Evening and Day Academy) is an alternative charter school in Boston for students who have not succeeded in traditional settings in the Boston Public School System. Ingrid is also a former Board Member at Dedham Country Day School.

Ingrid is very strong in her faith. She is a die-hard New England sports fan. She enjoys traveling, music, writing and spending time with friends and family. She has a longtime commitment to service learning in socio-economically disadvantaged communities and is passionate about education. She earned a Bachelor of Arts Degree in Journalism from Ohio Wesleyan University. During her senior year in college, she was an exchange student at Spelman College. Ingrid received a Master of Public Administration from Clark Atlanta University and a Doctorate in Education from Boston College. She and her husband Phillip are the proud parents of four children, three daughters and one son. They reside in Milton, Massachusetts.